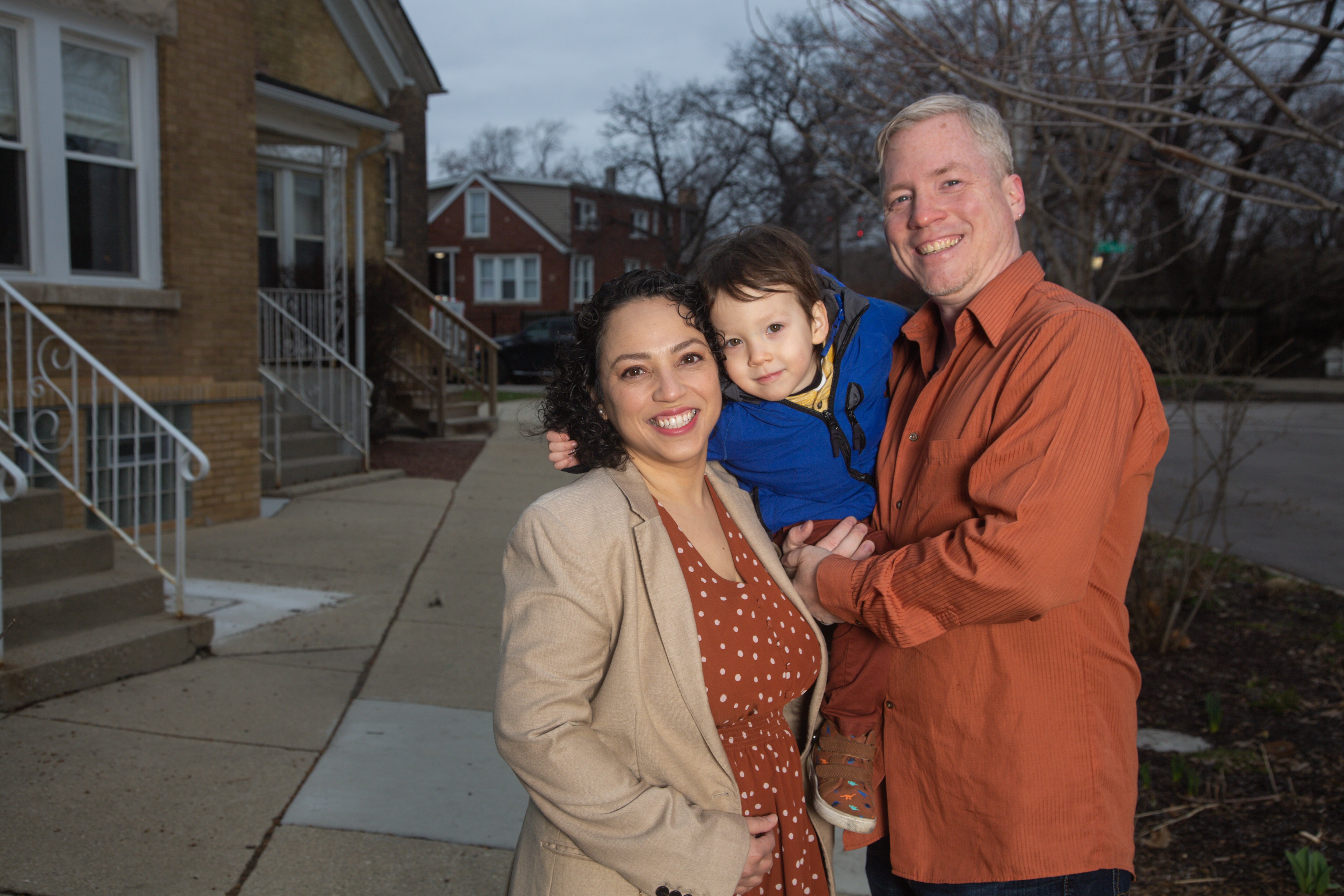 Lilian Jiménez is a labor rights and immigration lawyer and life-long social justice advocate born and raised in Chicago.

Lilian is the child of a father from Arecibo, Puerto Rico, whose family has Humboldt Park roots dating to the 1950s. The family originally migrated to Lincoln Park, moved west to Humboldt Park and then south to work in the steel mills. Lilian grew up in the Southeast side and came back to Humboldt Park as an adult. She now lives in West Humboldt Park on Lawndale and LeMoyne with her husband and 3 year old son.

Her mother came from Tampico, Mexico and lived undocumented for over 35 years. When Lilian’s mother was faced with a deportation in 2006, Lilian faced a turning point in her life and decided to attend law school to protect her mother’s rights and dedicate her life to protecting the civil rights of Latinos.

Currently Lilian serves as the Director of the Office of Welcoming Centers for Immigrant and Refugee Services at the Illinois Department of Human Services, where she has implemented millions in rental assistance and COVID recovery programs.

She previously served as Chief of Staff for former Cook County Commissioner Jesus “Chuy” García where she directed legislative efforts to pass the first-ever county-wide minimum wage and paid sick leave legislation and led the office’s efforts on criminal justice and bond reform and the expansion of the County’s sanctuary policies.

Prior to working at the Cook County level, she served as the Director of the Fair Labor Standards Division of the Illinois Department of Labor. At the Illinois Department of Labor Jiménez instituted the first ever U-visa policy to assist victims of workplace abuse. Jiménez targeted the exploitation of temp workers and increased fines for wage theft and domestic labor abuses.

Lilian's father came from Puerto Rico and spent his life as a low wage worker, supporting a family of 5 on a minimum wage salary. After suffering a workplace injury and not having access to meaningful healthcare, he passed away at the age of 57 from undiagnosed heart disease. That same year he passed away, her mother was ordered deported to Mexico.

Jiménez is a strong candidate because she has experienced barriers such as poverty, disinvestment and discrimination first hand and has dedicated herself to eliminating those barriers for others. As a mother and member of this community, she is committed to keeping the 4th District affordable, safe and welcoming for working families, immigrants and long-time residents.